The finished Opex Board for Capgemini’s project

Early in the year, we created an animation for Capgemini which was used board game analogies to explore issued around Opex. The sales team showed the video to prospects at the beginning of sales meetings. The video had such a good impact that they asked us to produce an Opex game!

We designed and commissioned a 1m x 1m a magnetic board game. Our clients reveal the Opex game board to prospects after they’d shown the video. It was nice to create something physical to accompany our digital work. We suggested that we also create magnetic counters (based on graphics made in the video) which the client used as give aways at the end of the session. 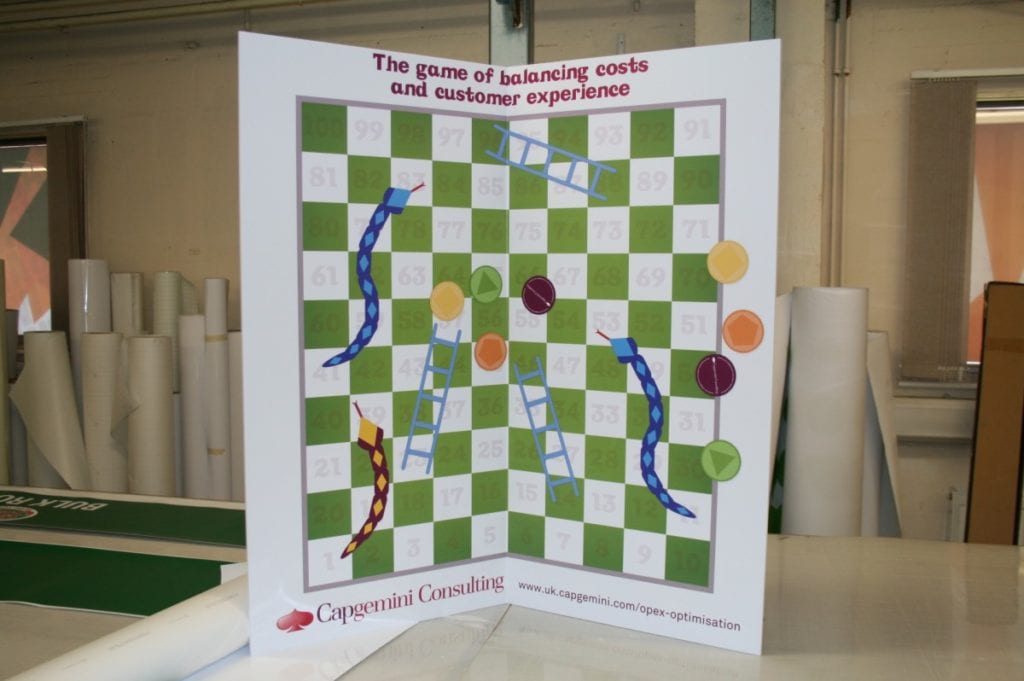 This is the original video. If you’d like to make a similar video, get in touch.

Next Post
Production December 17, 2009 Merry Christmas from all at Napoleon Creative!