We spent a great day in Manchester filming tattoo artist Louis Molloy. He became well known inking the angel on David Beckham’s back. He also stars in London Ink, the reality TV show based around a tattoo parlour.

Need to film in Manchester? Get in touch

We spent the day both filming him in action and interviewing him, to learn about how he because a tattoo artist. He also gave some great tips for choosing a tattoo, plus all about looking after it once you’ve had it done.

The calm of the Studio 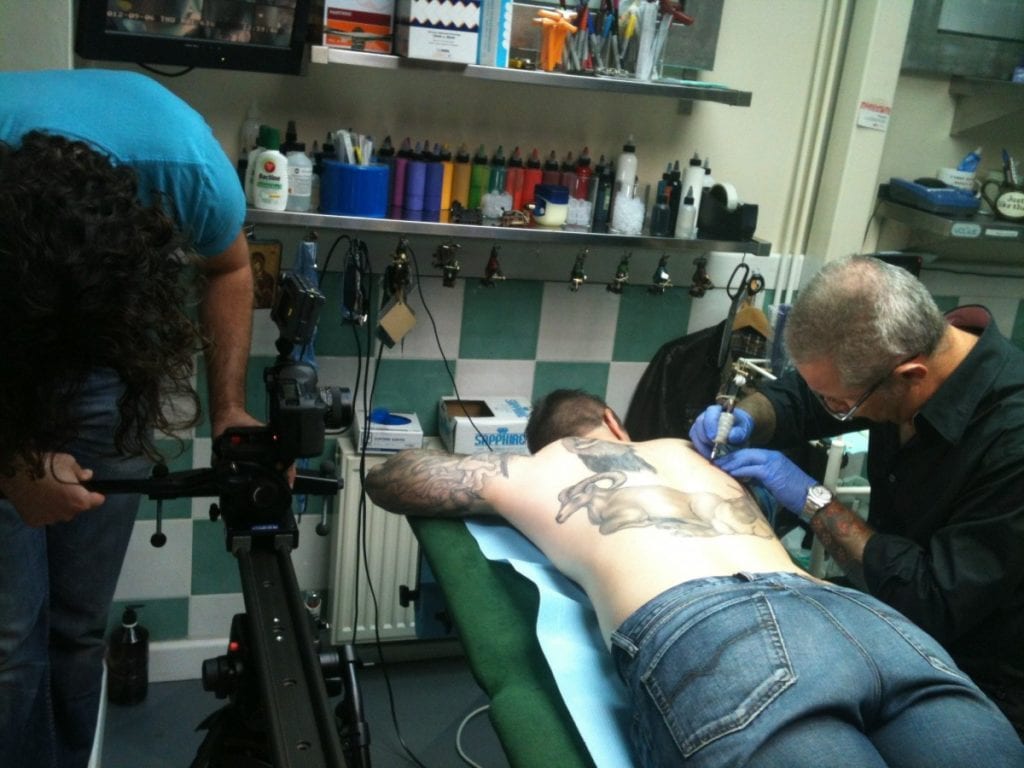 Tattooing is a quiet, calm, thoughtful process. Although many are simple black ink, there was a host of colour inks on display. We saw a bright blue bird being put on someone’s leg, and an amazing lion being drawn on someone’s back.