Christmas Music for the Masses

This December join Paul McCreesh and the Gabrieli Consort & Players for Praetorius: Mass for Christmas Morning – the first revival of this beloved and iconic sequence in nearly 20 years!

Visit www.gabrieli.com/events for more information, and to book your ticket now . . .

Gabrieli Consort a choir and orchestra, approached us to produce an event animation to promote their ‘Mass for Christmas Morning’ concerts on social media. The concerts are an iconic reconstruction of Michael Praetorius’ Christmas Mass as might have been heard in Germany in 1620. With our expertise in creating eye-catching animation we knew we could help them reach new audiences. We had a tight deadline with the December concerts fast approaching due to take place in Bradford, London, Versailles and Hull (UK City of Culture 2017).

The client provided us with original 1620’s woodcuts images, which we used as a starting point for the overall look. One of the biggest challenges was creating consistency throughout the video as we had images from varying sources. We adjust colour, photoshopped backgrounds and cropped images. There were over 24 instrument images to adjust to alone!

We could have spent months animating all the musical notes and details of the woodcut. Due to the time constraints we animated key pieces like the arms below. Which we cut out first (on the left) so we could animate them (right). 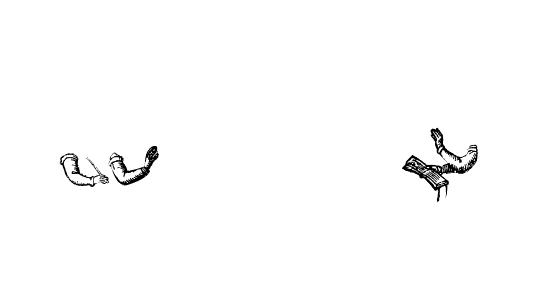 The soundtrack which really brought the piece to life is from their original recording which remains their bestselling CD to date.

We learnt new thing such as what a sackbut is and it really got us in the festive mood in the studio. We added subtitles via Facebook so that it could be easily viewed on all devices and by international audiences. Their video already has over 2k views in the first 24 hours so lets hope they have sell out shows with lots of people enjoying the traditional Christmas Mass.