If you’re raising funds through crowdfunding, you need to tell the story of what inspired your business and how you plan to grow it in a way that will attract investment. Video is a very powerful way to show your passion, win over any objections and affirm your credibility. This exactly why you need a crowdfunding video.

Our most recent success was for Cawston Press, who commissioned us to make an investment. We worked with them to create a brand film to help grow sales and engage with shareholders.

Here’s one we made for Miso Tasty, which helped them over fund their Seedrs target by 80%.

We say videos should be considered mandatory for a successful campaign and that adding crowdfunding video are by far the best way to get a feel for the emotions, motivations, and character of a project. Kickstarter agrees, saying:

With Pledge sites like Kickstarter, users commit money to a projects in return for a ‘pledge’ This can be an actual product, merchandise or simply a thanks for pledging. 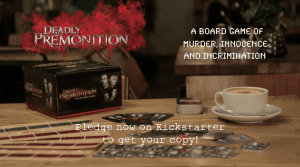 Rising Star games commissioned us to make a Kickstarter video for their board game based on cult video game Deadly Premonition. The video communicated the team’s passion behind the original game, how the game works, and encouraging people to pledge. They also used gifs from the video to make their pledge page come alive. With some tips from us on video seeding to reach their audience, they smashed their target in less than 12 hours!

With these sites, users are investing money in return for shares in a company. Tåpped Birch Water came to us hoping for a successful crowdfunding video. We helped them shape their story, and filmed vox pops and interviews, then edited them with some graphics to bring it all together.

Tåpped’s campaign was a great success, getting over £46k more than their target.

Desk Beers raised funds on CrowdCube. We made this video to communicate quickly and simply their beers-at-work proposition.

What makes a great Crowdfunding Video?

Get our help with your Crowfunding Video