Presenting report data in a concise video to entice your audience

This project was all about presenting report data in a concise video. We were commissioned by a client who had conducted a study, which they wanted to be brought to life. They questioned 1000 IT decision makers and produced a report so that marketers can understand the people they are trying to target. They had lots of facts and statistics in the 56-page report!

Our challenge was to pick out the most interesting results and turn it into a concise 4 min video to really entice their potential clients into buying it.

First we broke the story down into 3 clear sections shown by different colours;

Orange: Introduction to company and hook of the video

Green: The IT decision makers profile 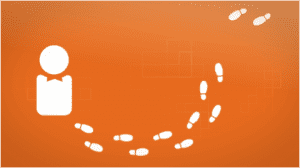 Blue: 10 steps that show the key data and findings

We wanted the viewer to really relate to the video so made them literally walk in their audiences’ footsteps.

With their data we could build a profile of these IT decision makers. We provided an a real insight into what influences not just demographically but holistically. 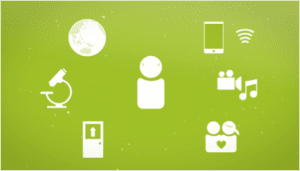 We gave the video a consistent look with a fluid feel and clear narrative. Using iconography which was general in look, with just enough form to clearly reference ideas. The icons we used didn’t over influencing or had too detail to distract from the points we made making.

We then broke the data down into 10 easy steps. We didn’t want to 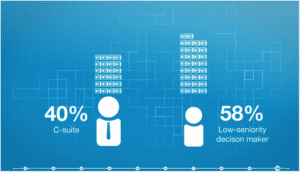 bombard the viewer with too many statistics. Where we did use stats the illustrations were clear with no complicated charts so the view could focus.

The result was a professional looking engaging way of presenting report data in a video. Which like a great movie trailer providing enough information to act as a visual taster to the rest of the report.

Unfortunately we can’t show you the full video, get in contact with us if you have report data that you would like made into a video.

Superheroes to the rescue!