Local TV is getting really Local

TV in the UK has always had regional programming, but those regions have been quite broad. With the digital switchover, a new opportunity for a network of truly local TV stations presented itself. Comux came up with a clever way of creating shared infrastructure and a financial model to maintain it, so the costs of being a broadcaster weren’t burdening the TV stations. They hear about our whiteboard video production skills and asked us to make a whiteboard  animation to explain everything!

Whiteboard animations are fascinating to watch, I think in part because everyone would like to be able to draw. They’re also great at communicating ideas visually, in a way that would be too expensive to film or too tricky to create using stock footage.

Where did Whiteboard Video Production start?

The Royal Society of Arts (RSA) was one of the pioneers of the style, after it introduced a new festival called RSA Animate at one of their fairs in 2009. With their versions, the voice is usually a recoding of a live presentation in front of an audience, and then at a later date, an illustrator designs an image to draw that accompanies the voice.

Now, there’s any number of whiteboard animation styles, some more convincing than others. The very cheapest, like these samples from Cheapest Whiteboard Animations simply have a photograph of a pen, which moves over the screen and reveals a drawing, with no drawing whatsoever.

For Comux, we wanted to do the real thing, and film Michael actually drawing live. It took weeks of planning and execution. First, we listened to Ed Hall giving us his presentation, which was more detail but at over 20 minutes, too long for this presentation. We worked with him to streamline the script, prioritising and selecting which parts of the story to include. We  developed test drawings, amalgamating them together, so we had a final plan. Then we went into the studio, set up lights and a camera over the board and Michael got to work! 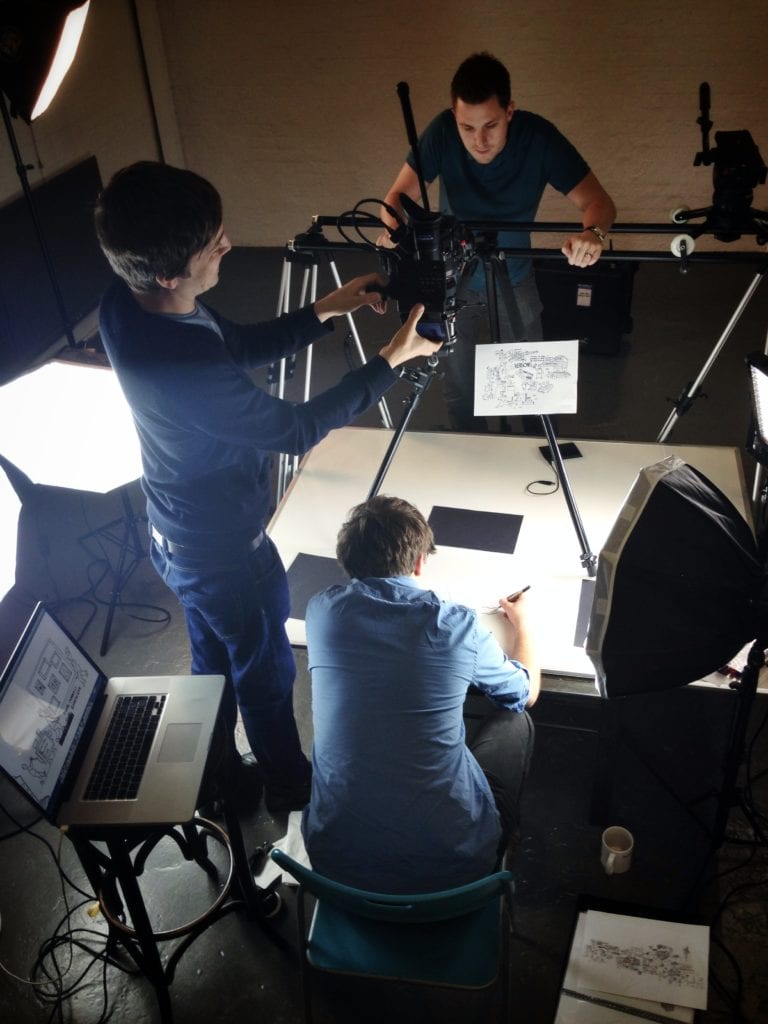 How long does does Whiteboard Video Production take?

It took him from 9am to 5pm, drawing (and rubbing out!) to complete this animation. However, that doesn’t include the hours of work in planning and designing each scene on paper first. We cheated a little, and drew each scene separately, then in the edit we brought them together into a seamless drawing.  The impact is far greater! If you’re interested in a similar whiteboard animation, give us a call on 020 7739 8500. They’re great at communicating ideas, concepts, technology, business models… 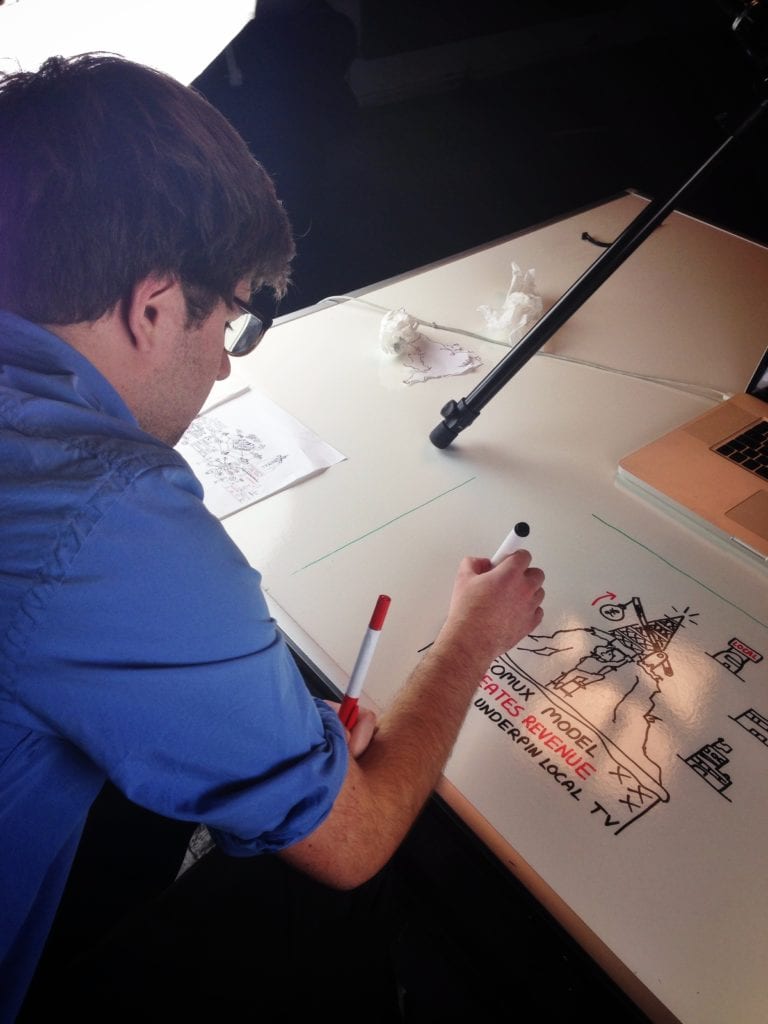 Making your CV stand out