We recently posted an ad for a new role here at NC. Sifting through the CVs is always daunting because they don’t always communicate the strengths (and weaknesses) of the candidate. That’s why I wrote a book, Clearly Creative CVs, which helps TV and Film crew improve the way their CV communicates. It’s helped many crew win more work.

Anyway, as part of the researcher job application, we asked applicants to write 100 words on their favourite car. The response has been great! Here’s a selection:

“Like most red-blooded men I am a fan of fast, stylish sports cars. However, when asked to choose my favourite car I would opt for the complete opposite, as my favourite car is the Ford KA.

Furthermore, I am also a fan of the economical benefits that the KA has to offer, with its basic 1.3 litre engine, and its low emissions.

Finally, as someone who lives in densely populated London, the KA’s size and agility makes it all the more desirable for nipping in and around London.”

“My favourite car is a Dodge Viper Roadster. I have loved this car ever since i saw my little brother playing ‘cars’ when he was young and had a model of a yellow Viper. I fell in love with it and wanted to kept the little model myself.

If I had the money I would treat myself and it would be my leisure car in which i would cruise around the country side on a warm sunny day. The colour would be either yellow or classic red.”

Nazleen is very proud of her Nissan Micra

“Picture a vision in alabaster… diminutive but powerful. With welcoming 5 doors which beckon multiple passengers, this little hostess is my most favoured car. It’s my first car so naturally my maternal instincts are primed. She’s a white Nissan Micra, with a modest 1 litre engine, central locking and ventilative sun-roof. I emphasis ‘her’ colour because it’s both her charm and downfall. The colour of snowflakes and clean laundry, my car sparks connotations of washing powder, and so she’s named ‘Percy’ (derived from Persil Automatic), somewhat confusing as she is neither, for the purposes of allusion a ‘he’ nor an automatic car. She a stiff manual, a personal trainer if you will, who helps my muscles. This is indeed useful (and here I refer to her downfall) as I am continually on hand to wash the bird poo from her bonnet.”

A Ferrari is the only contender for Dan:

“The F355 is not just perhaps the greatest ‘baby’ Ferrari ever made, but is the culmination of over 30 years of aesthetic lineage. With the 365 GT4 BB, a car that Enzo himself vowed never to make, the Ferrari ‘wedge’ shape was born; A striking mix of Daytona curves and 70’s angles, Pininfarina’s design was synonymous with the Italian marque, with the 512BB, 308, 328, 348 and magnificent 388 GTO all retaining the iconic shape. The F355 refined that look far beyond the minor cosmetic changes of earlier wedge models, becoming the first icon of the company’s mid nineties renaissance.”

“It has to be the new Beatle; this car is just a great car, it is sexy if you get it in the soft top option. The only colour that this car can come in, in my opinion, is canary yellow! This is because whenever I see one of these cars it brightens up my day. I would love to own one to send smiles on all the pedestrians faces, and let me be the envy of the east end! But alas I am left with my old beaten up Rover Mini Metro, not such a great substitute, especially when the red paint is peeling off in huge rusty chunks.”

“My Favourite car is the Saab 900i convertible. I believe they have classic looks that modern cars just can’t compete with. While they don’t have all the drivers aids that new cars have, such as air conditioning, anti lock brakes and the useless cruise control (Do you know anyone who has actually ever used cruise control?) they have something that is far more useful: They make you feel like you’re driving a car, not a video game. Take it from a Saab 900 owner – you’re never going to fall asleep at the wheel of one. Beautiful and a pig to drive. the perfect car.” 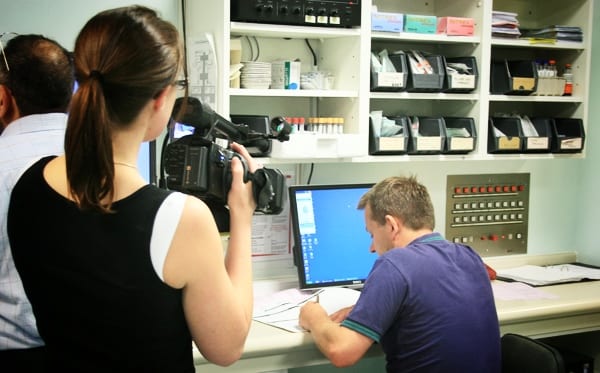 Catherine is another fan of the Micra:

“My favourite car is the one I currently own, a red Nissan Micra. It is small and therefore ideal for slotting into traffic and tight parking spaces. I am usually at the mercy of London’s tube network so I enjoy being more in control of my journey when I get the chance to drive it. The main reason it is special, however, is that it is my first, bought entirely by myself when I graduated from University. Seeing it on the drive reminds me of how far I’ve come – and how far I’ve still got to go. It’s just a Micra after all!

“My favourite car is called the Light-touch Colossus 701. It’s produced by Mammoth Motors and for practical reason is the only one of it’s kind.

The key features of this vehicle is that it is bigger than the Titanic, stronger than steel and lighter than a feather…literally. It measures 400 meters from side to side and 1 whole mile from front to back. It is made out of a Hydroalimoxitate alloy meaning is weighs a total of 0.4 grams. This allows me to drive on the rooftops of houses without damaging them or disturbing the traffic below. More importantly, it also allows me to get to work (in rush hour) in about 47 seconds.

However, parking is a real nightmare.”

Pete longs for a Lotus

“Despite winning the Formula One World Championship seven times and being the first team to achieve fifty Grand Prix victories, Lotus had hit a slump by the 1980s. Their ’89 Elan failed to match the sales of it’s predecessor and by 1994 even the F1 team had wound up. It was just as well therefore that in 1995 they came out with a masterpiece of both engineering and design.

With its smooth curves, bulging headlights and gaping air intakes the Lotus Elise looked fantastic. Weighing an unprecedented 675kg it could also do 0-60mph in under six seconds and had astonishing handling.

Marked out as a true driver’s car, this combination of beauty and performance outsold all expectations and single-handedly put Lotus back on track.”

Despite claiming he’s not a Hippie, Oliver takes a floral approach:

“My favourite car is the Orchid. More like a new species than a new model of car, the Orchid’s arresting beauty, comprising bold, yet gentle, natural aesthetics will redress the balance between oestrogen and testosterone in car design and usher in a new era of motoring responsibility. Its unique engineering (or should I say cultivation) will signal a paradigm shift in social cooperation. Rather than declining into rusty scrap, the Orchid’s totally organic structure matures over time in a symbiotic relationship of mutual cooperation with its owner, running on the kinetic and olfactory energy generated.

Each Orchid will be unique to its owner and will emanate a sublime smell inside and out that communicates with other Orchid cars to counter aggressive driving, replacing it with a collaborative ethos.

With accidents and vulgar oil wars a thing of the past, humankind will be free to explore their floral consciousness!”