Streaming at the Digital Britain Conference

Last Friday we streamed the Digital Britain conference, which we mentioned on the Napoleon Creative twitter account.

The conference was a really interesting event, some great speakers. One interesting comment came from Jess Search, Chief Executive, Channel 4 Documentary Film Foundation. She said a recent MORI poll showed that while people valued documentary content almost as highly as fiction content. However, they were willing to spend only a fraction of their money to watch it.  Another from Lynne Brindley, Chief Executive of British Library, who said that children have vast access to information, but they lack the ability to judge the quality of that data.

Find out about the video and animation services we offer

The highlight for us, however, was being snapped by Stephen Fry, who posted the shot through his Twitter. You can see us bottom right with the camera. 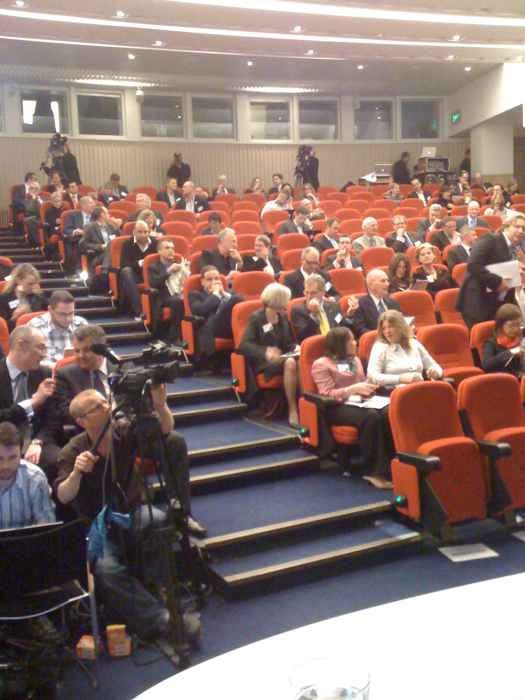